The Academic Market in China: An Overview

Today’s post is by Tao Tao, an independent consultant focusing on the Chinese academic market. She has worked in the scholarly publishing industry for 24 years, starting as an assistant editor of Chinese Medical Journal, the oldest medical periodical in China. Later she joined The Charlesworth Group, a UK publishing services company, and helped establish their first overseas office in Beijing. Fifteen years as the General Manager of Charlesworth China and four years as Vice President China Sales Charlesworth USA have given Tao a good understanding of both sides of the Chinese academic market.

No one says selling into the Chinese market is simple, but is it unmanageable, given that there are nearly 1.4 billion people speaking a very different language and sharing a very different culture? The answer is: not necessarily, if you know the basics, and then zoom in on the details.

As in any other country, the academic market in China consists of universities and research institutes, and hospitals for medical content.

Universities are the largest portion of the pie. According to the Ministry of Education (MOE), by May 2017, there were 2,631 regular higher educational institutions (HEIs) in mainland China. The MOE list does not include 3 military universities. For completeness, the rest of the article includes these 3 universities. These HEIs can be divided into four tiers. Differences between tiers are shown in the table and Chart 1 below. 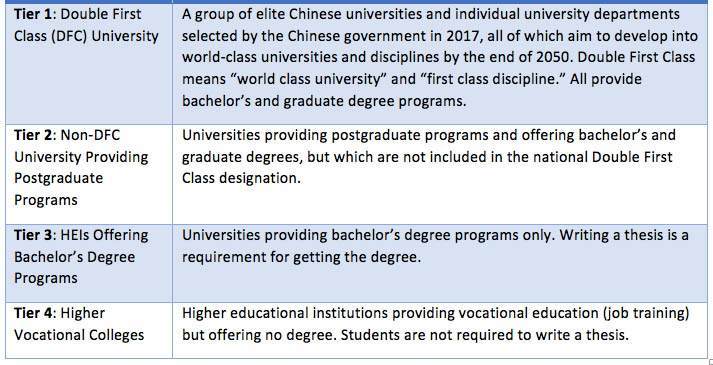 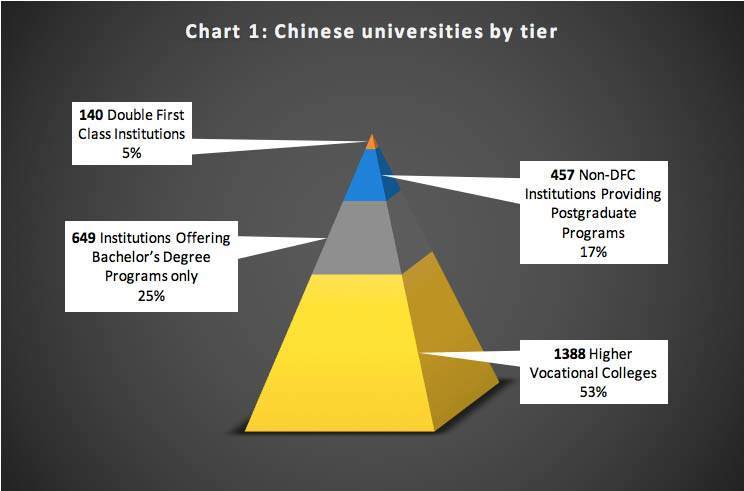 Is each of these 2600+ institutions a potential customer of international scholarly publications? Theoretically, yes. But in reality, research activities concentrate in the top two tiers, which not only attract the top students, but also absorb most government funding. International scholarly publishers should find the majority of their Chinese audience in the 597 Tier 1 and Tier 2 universities. Below is an example of some top science titles, showing distribution of their Chinese university subscribers in different tiers:

No doubt Tier 1 yields the highest return on investment and is worth the best sales and marketing effort; but Tier 2 should not be ignored: here there are many ambitious universities that get financial and administrative support from their equally ambitious local governments. Some provinces have started to form their own DFC school list. Recently Hunan Province announced its initial DFC list which includes all 19 Tier 1 and 2 schools in its territory. Tier 3 is worth keeping an eye on if you have enough marketing budget.

Geographically, there are altogether 143 schools in Tiers 1 and 2 (24% of total) in the vast West area (12 provinces), and 454 (76% of total) in the rest of China, due to the imbalance in population and economic growth. The brown area in the map below shows the West Provinces. 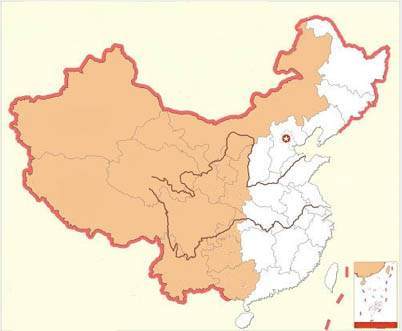 Many scholarly publishers do not need to deal with ALL Tier 1 and 2 schools. For example, the 116 institutions in Tier 1 and 2 that teach and research humanities subjects only (Chart 2), such as art, management and law, are not potential customers of a medical publisher. But for most comprehensive universities, a deeper look is needed to find out which subjects are taught and researched on the campus. The best disciplines in a school are indicated by whether they are included in the DFC plan, and/or which State Labs and postdoctoral sites are located in the campus. The final short list of potential university subscribers for any STM publisher may not exceed 400, a much more manageable number. For example, Nature has 177 university subscribers through the Chinese university consortia organization DRAA (Digital Resource Acquisition Alliance of Chinese Academic Libraries), after 16 years of consortia selling into the China market. Elsevier’s ScienceDirect (over 2000 titles covering 24 subjects) has 338 university subscribers through DRAA after more than 17 years selling into China (data from http://www.libconsortia.edu.cn).

Due to these features, despite the total number, the research institute market is much smaller than the universities, and it is easy to identify potential buyers from the institute names.

According to the National Health Committee’s 2017 Statistical Bulletin, by the end of 2017 there were 31,056 hospitals in China, more than half of which were private. The hospitals are divided into 3 grades.

Each grade is further divided into 3 levels (Levels A, B and C), according to the hospital’s ability to provide medical care and education, and conduct medical research, with Level A being the highest. The top hospitals are labelled Grade III Level A, or 3A. Aside from the size and other indicators, 3A hospitals differ from other hospitals by providing more advanced education and science research. Although all hospitals need medical literature, English content is mostly read in 3A hospitals only. The needs of other hospitals are satisfied by the 1196 medical journals (1071 in Chinese language) published by Chinese organizations, including Chinese editions of some top international medical titles such as BMJ and The Lancet, as well as translated articles published by international publishers in various formats. As of 2017, the number of 3A hospitals was 1360. Many 3A hospitals are affiliated with a medical college or a research institute. In some cases, a hospital and the university or research institute are the same entity. For example, when you hear people talking about the Chinese Academy of Medical Sciences (CAMS), Peking Union Medical College (PUMC), or Peking Union Hospital, they are talking about the same organization. An affiliated hospital can often get access to international publications through the mother organization.

In summary, for any international scholarly publisher, the market demand and buying power can be found mostly in the top 20% of universities and a few research institutes. With further research, a carefully targeted list can be produced to enable precise and effective sales efforts.

TopEdit was established in 2015 in Washington D.C., United States. We partner with more than 500 native English-speaking editors and have edited more than 100,000 manuscripts so far. Our services help our customers improve their acceptance rates by more than 60%.

SERVICES RESOURCES Q&A ABOUT US